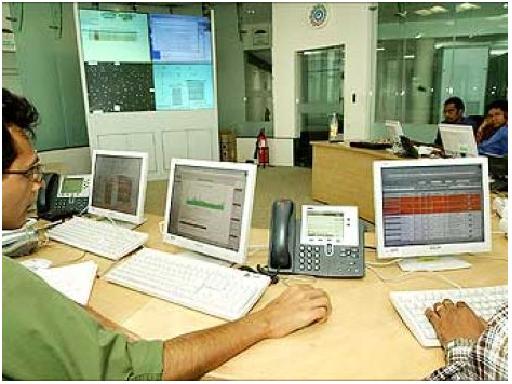 In the Indian version of the guide, Wipro scored 5.4, closely behind the international version topper HP (5.9) for its strong initiatives on reducing its own carbon emission, establishing effective take-back policies and making its entire product line energy star 5.0 compliant.

Wipro has retained the top slot in environmental NGO Greenpeace’s latest Guide to Greener Electronics. HCL Infosystem is placed second in the Indian version. The international version ranks the IT manufacturing company HP at the top, taking the lead over Dell and Nokia.

While the latest international version of the Guide to Greener Electronics ranks 15 companiesacross three areas – energy, greener products and sustainable operations, it also sets new criteria for companies, challenging them to reduce their carbon footprint across manufacturing, supply chain through to the disposal of their products and to set ambitious goals for the use of renewable energy. The latest version of the guide also features new criteria for the sourcing of paper, conflict minerals and product life cycle. The Indian version, which is the 11th edition, assessed four IT manufacturing companies on the same criteria.

“After the successful notification of the e-waste rule, supported by leading Indian and international electronic companies, we are now challenging leading electronic companies to improve their energy sourcing quality and commit to reduce their growing carbon emissions,” said Greenpeace India campaigner Abhishek Pratap.

The Indian government recently notified the E-waste (Handling and Management) Rule, 2011. The rule places liability on individual companies to phase out six hazardous chemicals from its products and establish effective e-waste management practices including financial responsibility for recycling of the discarded products of the company.

“HP and Wipro take the top slot due to their strong and visible efforts to curb their own emission while advocating for strong economy-wide climate legislation. It is now time that all the companies included in the guide show strong support for the acceleration of policies whichenable a substantial uptake of renewable energy in India,” added Pratap.

In the Indian version of the guide, Wipro scored 5.4, closely behind the international version topper HP (5.9) for its strong initiatives on reducing its own carbon emission, establishing effective take-back policies and making its entire product line energy star 5.0 compliant. HCL, which scored 4.3, also performed well compared to other electronic manufacturers (both Indian and international). HCL scored well for its chemical management policy and has become the first Indian company to initiate the process to prevent the use of conflict minerals in products and the measurement and reduction of emissions from its supply chain.

Chirag Computers and Sai Info System, new entrants in the Indian version of the guide, performed poorly due to lack of clear policies on their carbon emissions reduction and the absence of any products free from hazardous chemicals.

The Greenpeace guide is a part of the organisation’s wider campaign to persuade the IT industry to find solutions aimed to reduce global emissions. This includes urging Bharti Airtel to power their network operations substantially with electricity sourced from renewable energy.